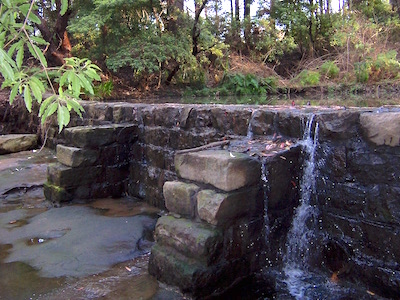 Have you seen a piece of Ulladulla’s history, existing since 1861, near a busy road, but only noticed by a few pedestrians? It is the weir over Millards Creek, 20 metres off St Vincent Street, looking west.