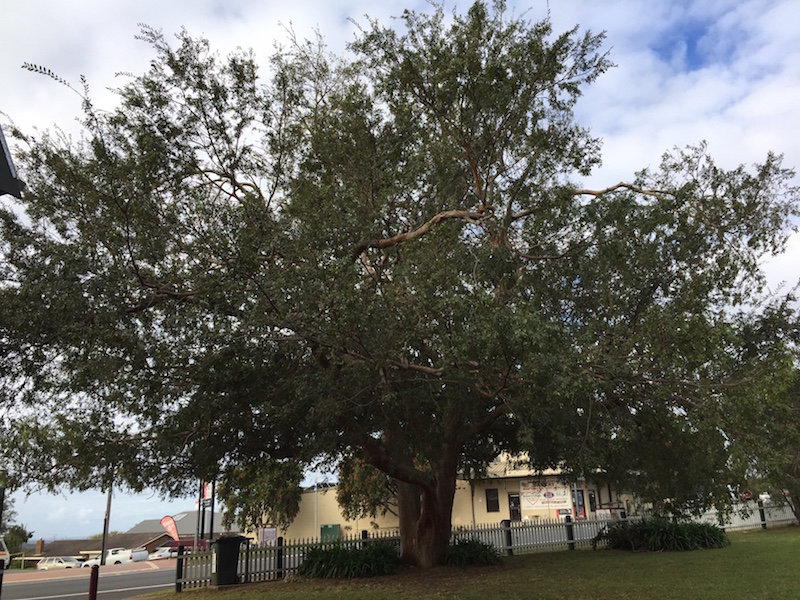 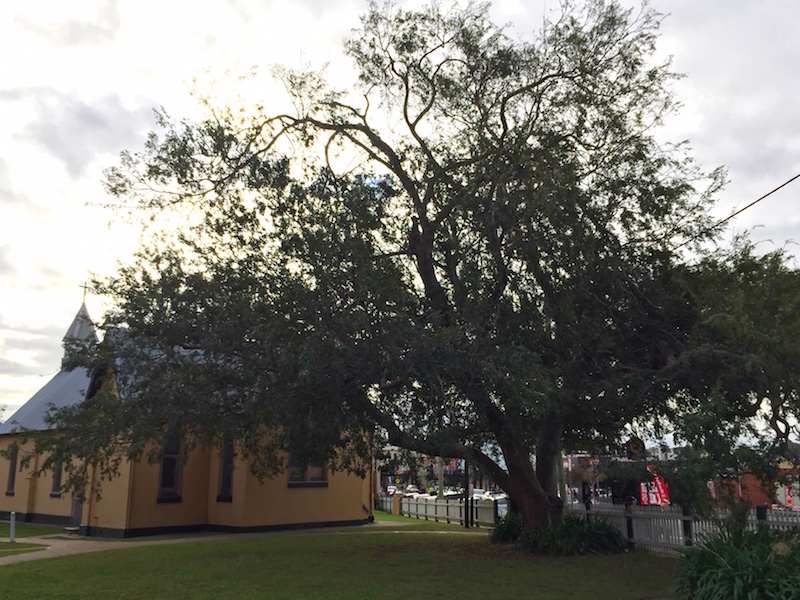 Planted by Miss Alice Kendall in 1920, daughter of John & Catherine Kendall, who was a missionary at Foochow, China (1908-1942) with the Church Missionary Society. When she was on leave home in Milton in 1920, she planted the seed of the Chinese elm in the church grounds.

Believed to be around 190 years old, the fig tree is approximately 10 metres tall and has a massive spread of 38 metres. The tree is in very good health and is listed on the National Register of Big Trees. It is a favourite play area for children with many climbable branches to ground level and hide-and-seek spots around its huge, buttressed trunk.

Mick Ryan Park was created by Shoalhaven Council in 1968 for the purpose of saving the fig in case there was redevelopment of the land. The 2000m² parcel of land was bought from dairy farmer Mick Ryan, and the park named in his honour.

The date of the fig’s planting is not known but, according to information given by Mr Archie Blanch (Mick Ryan’s brother-in-law) at the time of the land purchase in 1968 to Shoalhaven City Council’s Southern District Engineer R. Larking (pers comms, 1986), from 1828-1830 it was common for horsemen to ride from Nerriga to Milton via Porters Creek and Egans Gap. One of those riders is said to have planted the fig. At the time, the land was owned by Whatman, then sold to Bartlett, then McDonald and, lastly, Ryan. 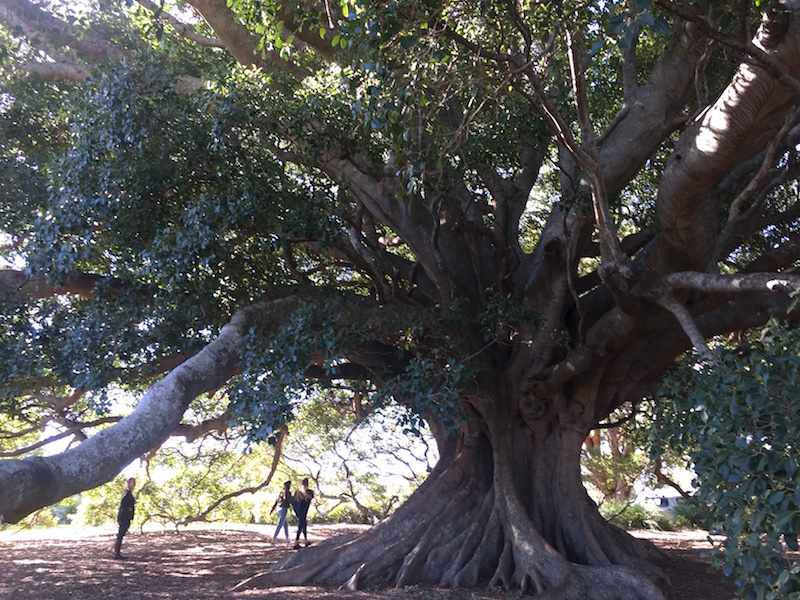 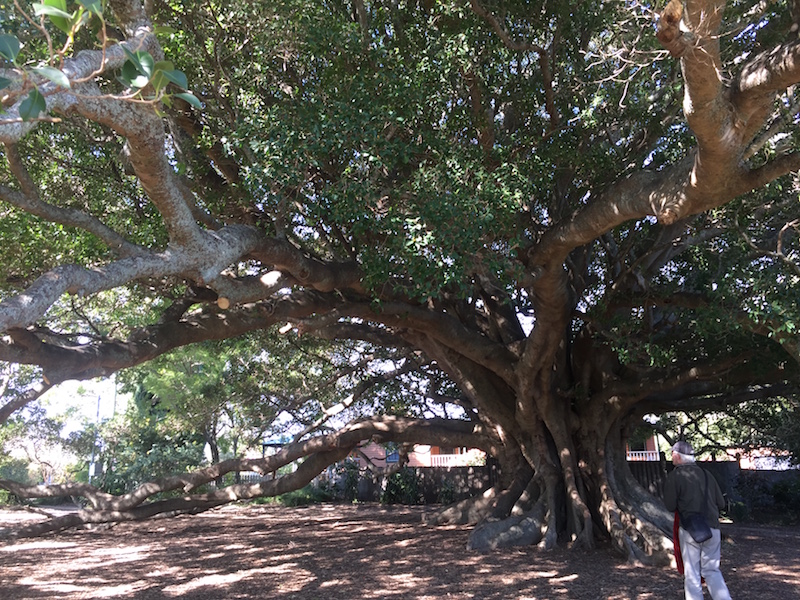 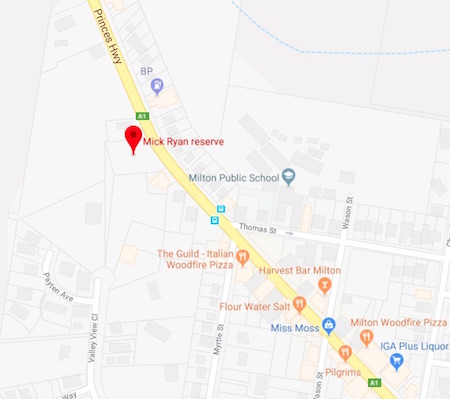 Planted as part of a much longer avenue to commemorate men and women from Milton-Ulladulla who served during World War 1, only three trees now remain along the Princes Highway (west side, north end of Milton, outside Mick Ryan Park).